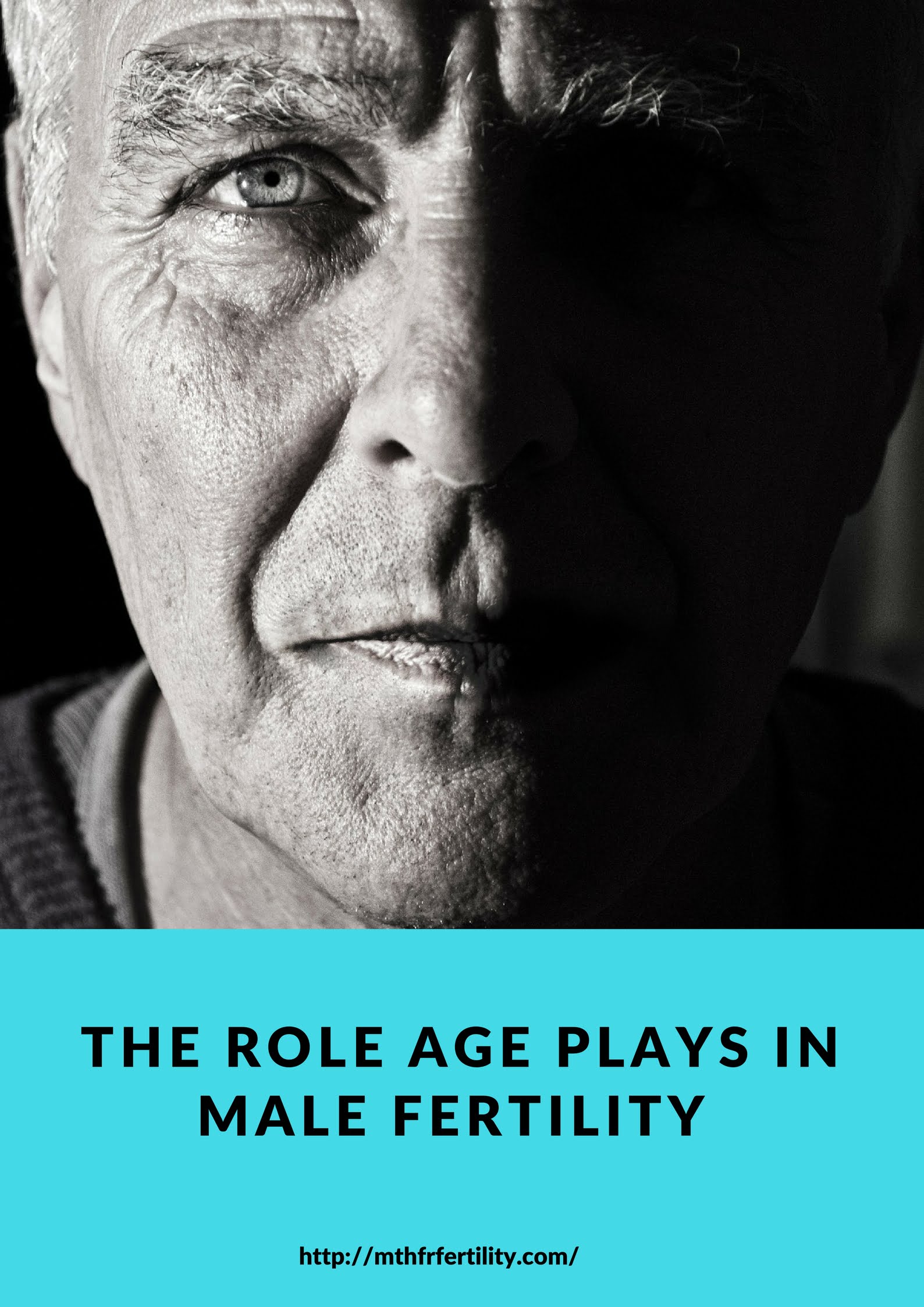 We all know fertility decreases with age for women. But what about increasing age and male fertility?

Believe it or not, age plays a larger role than you would expect in male fertility. There are many factors contributing to the decline of fertility in men as they age. It’s not as simple as producing more sperm. In fact, overproduction and higher sperm concentrations DO NOT increase male fertility (8).

The Testes and Sperm Production

As a male ages, the testes produce sperm with less sperm motility; meaning they swim slower. The older a man becomes the less chance sperm has at reaching the female’s egg, and the longer it will take for the woman to fall pregnant. The decline of sperm motility is a gradual and constant process in a man’s life after he turns about 20 years old (7).

A decrease in sperm motility also slows the development of sperm. The sperm needs to travel from the testes to the ejaculatory duct through a tube called the epididymis. In the epididymis, the sperm matures and acquires more motility (swim speed). With increasing age, the maturation process of sperm within the epididymis slows (4). This creates fundamental changes in a sperm’s motility, reducing the speed at which sperm fully mature. These changes reduce sperm motility, making sperm less likely to reach maturity by the time they have a chance to fertilize a female’s egg — greatly reducing the chance of conception.

Decline Of Male Fertility And The Prostate Gland

The prostate undergoes changes with age that lower its production of an important protein called fertilization-promoting peptide (FPP). FPP allows sperm to be more biologically active and more likely to fertilize the egg. Lower levels of FPP are known to cause a decrease in overall male fertility (6).

Genetic Quality of Sperm and Miscarriages

In an aging male, the decline of the testes, epididymis and the prostate gland, create a triple crown of fertility reduction. But the effects of age on male fertility does not end there.

In general, single point genetic mutations increase in sperm with male age. Some diseases are brought on by single point mutations such as Achondroplasia (most common cause of dwarfism) and Apert Syndrome (causes deformities in the hands, feet, face, and skull).

The older a man is when he fathers a child, the more risk the child has during their life to develop schizophrenia (1). Schizophrenia is a complex mental health disorder that is not fully understood by science. There are a large range of genetic mutations, environmental triggers and life history events that contribute to the development of schizophrenia.

Paternal age also increases the likelihood of schizophrenia due to the association of paternal age to pre-eclampsia (5).  Preeclampsia poses a lot of stress on the nervous system of a growing fetus. This stress alters gene expression and developing neural connections during development, creating a favorable environment for schizophrenia to develop.

With increasing paternal age, the risk of the child developing autism spectrum disorders (ASD) increases (2). ASD is a broad term used to describe a spectrum of neurological disorders such as:

People with ASD experience trouble socializing, connecting/communicating with other people, and tendencies to engage in repetitive behaviors that reduce a person’s ability to function in society.

Age and fertility go hand in hand — for both men and women.You may not have thought about the decline of male fertility with age before reading this article, or you may have had a general idea that fertility decreases with age in women and men. Below is a quick summary of the main points surrounding male age and fertility:

Although there are significant decreases in male fertility, usually becoming noticeable after the age of 30, female age is the largest contributing factor affecting fertility. You can mitigate the effects of age and fertility through diet and lifestyle changes that are going to be specific to you. Do you have an MTHFR mutation? Are you smoking? Are you exercising? Do you have low or high homocysteine levels? What supplements will help increase my fertility? These are all simple questions to ask yourself and are great places to start if you are having fertility issues!