Courtney Cox has done something every couple struggling to conceive dreams about… she found the answer to the question:

"Why do I keep miscarrying?"

In recent years, the FRIENDS actress has opened up about her battle with recurrent miscarriages when trying to conceive her daughter, Coco, now 16 years old.

Couples all around the world have connected with her story as they too struggle with the grief and despair that comes with recurrent pregnancy loss (RPL).

But finally, Courtney Cox got her answer. 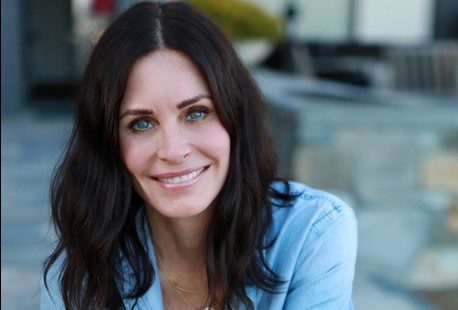 Courtney discovered she has a variation in a gene called MTHFR.

This genetic variation affects her ability to make and use active folate.

As you probably already know, folate is THE most important nutrient when it comes to fertility. Specific variations in this gene can reduce someone’s ability to utilise folate, by up to 70%.

Which means the supplements people are taking to help with their pregnancy may be working against them. And let's face it, MOST prenatal multivitamins have the wrong kind of folate for people with this gene.

As a clinic that specialises in MTHFR and fertility, we can say this problem is more common than most people realise. Our founder, Carolyn Ledowsky, has just conducted her thesis and is currently doing her PhD on this very subject.

It is estimated that roughly 1/3 of the population has a variation in this gene, many of whom don’t know they have it.

There are over 35000+ scientific research studies, (including those published by MTHFR SUPPORT AUSTRALIA  founder Carolyn Ledowsky), clearly showing MTHFR polymorphisms are associated with infertility and recurrent pregnancy loss (RPL).

You’ll be happy to know, studies and clinical practice prove targeted strategies to overcome this folate deficiency can completely change your fertility results for the better.

We believe this is the reason we have a 90% success rate with our clients who go on to have a healthy baby, when other treatments have failed.

Yet, despite the research, very few couples with infertility or RPL are tested for this gene.

Instead, couples get told

"There is nothing you can do about it",

All of which compounds the feelings of powerlessness and fear they are already dealing with. Courtney Cox was the same.

Untreated MTHFR variations have been shown to negatively affect

It is also linked to adverse outcomes in the growing child including neural tube defects, cleft palate, and neurological conditions such as autism, and ADHD.

"About four years ago, I found out I have something called an MTHFR gene mutation, which dictates how my body methylates. I suffered miscarriages, my dad died of a really rare cancer, and depression runs in my family, which made my doctor think I should get this gene checked out. I discovered that I have the worst version of the mutation and my body doesn't methylate the way it's supposed to. Once I found out how I could absorb nutrients and protect myself from toxins, my whole life shifted."

Now empowered with the knowledge of her genes, Courtney Cox is on the same mission as we have been for the past 10 years :

Encouraging every couple to test for this one common gene and to do the needed strategies to overcome it.

We want every couple to experience the powerful moment when they finally get an answer...

We want every couple to experience the powerful moment when they finally get an answer to their struggles and realise there is something they do about it.

“I used to get so tired and would literally crumble after I ate something. Now I give myself a shot of methylated B-12 daily. When I was pregnant, I took folic acid like you’re supposed to, but I learned later that it wasn’t good for me. I have to take a methylfolate and methylated B, and then I can absorb it.” - Courtney Cox

Advanced Fertility Webinar - Strategies to reduce the risk of miscarriage and overcome infertility.